I began playing guitar and “writing songs” when I was 11 years-old, back when my prospects seemed like they could go either way between professional baseball pitcher and professional rock star. The baseball dream died in 8th grade as I developed chronic elbow pain every time I pitched. The music dream, however, had a long, slow demise, but eventually only died for good surprisingly recently. Over those 25 or so years, the dream would undergo many changes and manifest itself in different ways, but somewhere in the back of my mind it stayed alive for a long (probably too long) time. I am now a 38-year-old single dad, and that responsibility pretty clearly rules out any chance of taking the risks necessary to pursue a music career, even if my age didn’t. While I can look back now and see all the reasons why it never happened, I can also see that “making it” was never the point, that it was right for me to make music all those years, even if no one would ever hear it, and that it’s right for me to continue to make music even now, when I have no real hope that anyone ever will.

It’s easy for me to look back at all the ways that I didn’t do what was necessary to achieve success as a musician. For one thing, I’ve spent most of my adult life in the Boston area, which is just kind of a black hole for the kind of music I always wanted to make. There hasn’t been any “scene” here since the early 90s (just before I got here) that didn’t involve metal/hardcore or straight-up folk music. The “indie” boom in the 2000s kind of skipped over Boston entirely. This is not an excuse, of course, because anyone in my position who was serious would have moved somewhere else where interesting things were actually happening, and I never did that.

“Hey!!! Do you guys know where the cool kids are around here?”

Only once in my life did I take a step in the direction I needed to go in. In 2005, I decided that I was going to start booking myself anywhere that would have me, all across the country, and just live on the road. I booked myself a two month tour for that fall without any intention of stopping there. I didn’t even have a place to live lined up. However, by the time I left, I had met a girl and gotten engaged. Somehow I didn’t believe that this would be the end of my dream, but I found the pull to family life even stronger than the pull to music. And then, when my son was born in 2007, it was clear that it was no longer possible to take those kind of risks, to put our livelihood in jeopardy for my little dream. Once again, there probably were other options that involved moving somewhere like Nashville or L.A. and looking into getting work as a session player, etc., but it was more important to me to be near my family in Michigan at that time, and besides, I never really wanted that kind of career anyway. I wanted to make my own music.

All of that said, and excuses aside, I guess I’m saying that I am at peace with the fact that I probably didn’t put myself in the best position to succeed. But I also know people who have done everything right, who have sacrificed any sense of a normal life in pursuit of music, and they haven’t “succeeded” either. So what does all of that even mean? What is it for? It’s easy to sit back and say that it’s not fair, that there are talentless hacks out there making a living while my (obviously superior) music can’t find anyone to even download it for free. But to do that would be to miss one of the most important lessons in life: the world doesn’t owe me anything. I don’t deserve any kind of validation for the music I make. And if validation is the reason why I make music, that’s a pretty empty reason.

I do it for the joy it brings

So why do I make music? The short answer is that I’ve never been able to not make music. Sometime around the age of 15, my songwriting began to shift from just copying the bands I liked to becoming a very real outlet for self-expression. When I was doing it right, songwriting became the way I worked through all of those crazy feelings of adolescence. It was how I expressed the longing for love, the pain of rejection, the wonder of life and the yearning for communion with God. When words would fail, the music was always there. This was true of the music I listened to, and it was what I hoped for with the music I wrote. I can’t imagine not being able to go to that place and work those things out with music. And that’s why I don’t think I will ever stop. I don’t think I knew this all along, while I was still dreaming of being a rock star, I think it’s something I needed to learn by not achieving that dream.

Along the way, I’ve also learned a lot about the nature of art. While I’ve always believed that there was a divine aspect to art – inspiration – I think it took me a long time to realize how important the personal nature of it is. I know this is probably a backwards way of coming at it for some people, as most of us tend to view the self-expression of art as its ultimate end. Personally, I always felt a little guilty about my own personal stuff getting entangled in it, like I needed to get out of the way. But I think now that it is the interplay of the personal and the divine that is the very definition of art, and the person is absolutely indispensable. In fact, it is the person that makes art necessary.

Now, I love all kinds of music, movies, TV shows, etc., and I believe that there is a place for pop songs, sing-alongs, hymns, and other things meant for a broad audience, where the artist him/herself is not a major part of it. These things are fine and good and even necessary, but I think there is something unique and special about the work of a true artist expressing a unique vision to the world. This, for me, is what makes it all worthwhile. When you hear a song and it makes you feel so many things because you know that that artist, in a way that only they can, is revealing something about the mystery of what it means to be alive. It’s not something that you can quantify in terms of guitar riffs, vocal ability, melody, or any other kind of “songcraft,” it’s just a unique human voice expressing themselves in truth. This can take all different forms, but that is art to me. 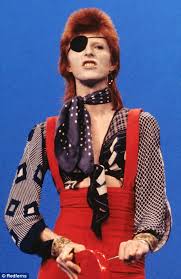 And that is what I mean by art being necessary for the person. I believe that it is necessary for me. I believe that for me to not make music would be a waste of my unique status as the only “me” in the world who will ever exist. I know that not everyone is meant to be an artist in this way, and I don’t want to sound pretentious about it, because I think the greatest artists are those who don’t need to make art because their very lives are works of art. So maybe my music doesn’t end up meaning anything to anybody but me; at least I know I’m doing what I need to be doing. And I think I’m OK with that.